For 2018 Mondelēz Belgium planned a campaign around the international marketing theme “Do you speak Oreo?“. In a commercial, the American cookie is recommended by the American actor Owen Wilson in Dutch and French. The Belgians are addressed in their only language and Belgian symbols like Manneken Pis, Belgian chip shops and cones have a central role in the campaign.

Based on the campaign and it’s symbols, a retail concept was developed after some brainstorm sessions with Simen Verbiest, category manager at Mondelēz. A compact event was created for supermarkets and a bigger version for hypermarkets.

The supermarket concept contains a solid display in permanent material that can be easily transported. The display carries products on two sides and has an integrated videoscreen on one side playing the funny Oreo commercial. The commercial can be installed per language. 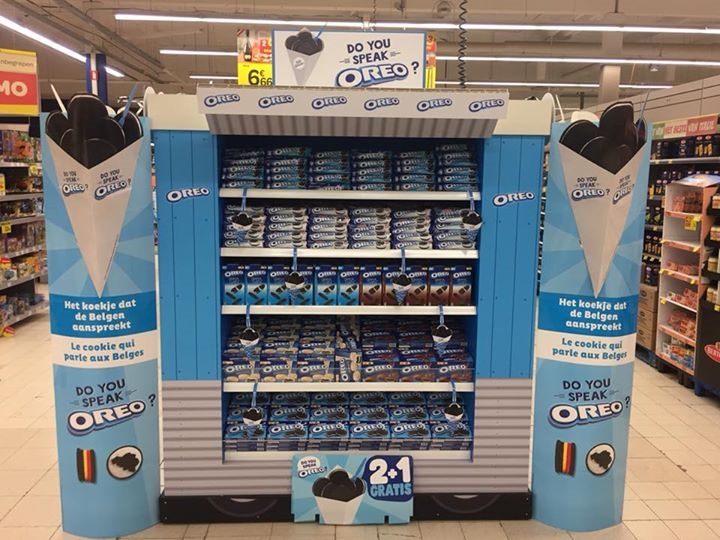 The display can be transported entirely (a pallet truck has access under the display) and the shed can fold in and out. All loose parts, like the cones and the advertising sign on top, are connected with magnets in the shop.

For the hypermarket display the same setup was used, only twice as big. One side was made accessible, enabling the shopper to actually walk into the display and make a selfie or have friends or family take a picture in the chip shop in Oreo outfit.

These events easily found their way to the shops and, like the images show, were excellently welcomed by the sales team, clients and the shoppers.

Mondelēz has a wide range of touring events, like the singing bears for LU, Côte d’Or van, Milka cows and Prince castle. With the Oreo event this further expands to one of Mondelez’ youngest brands. 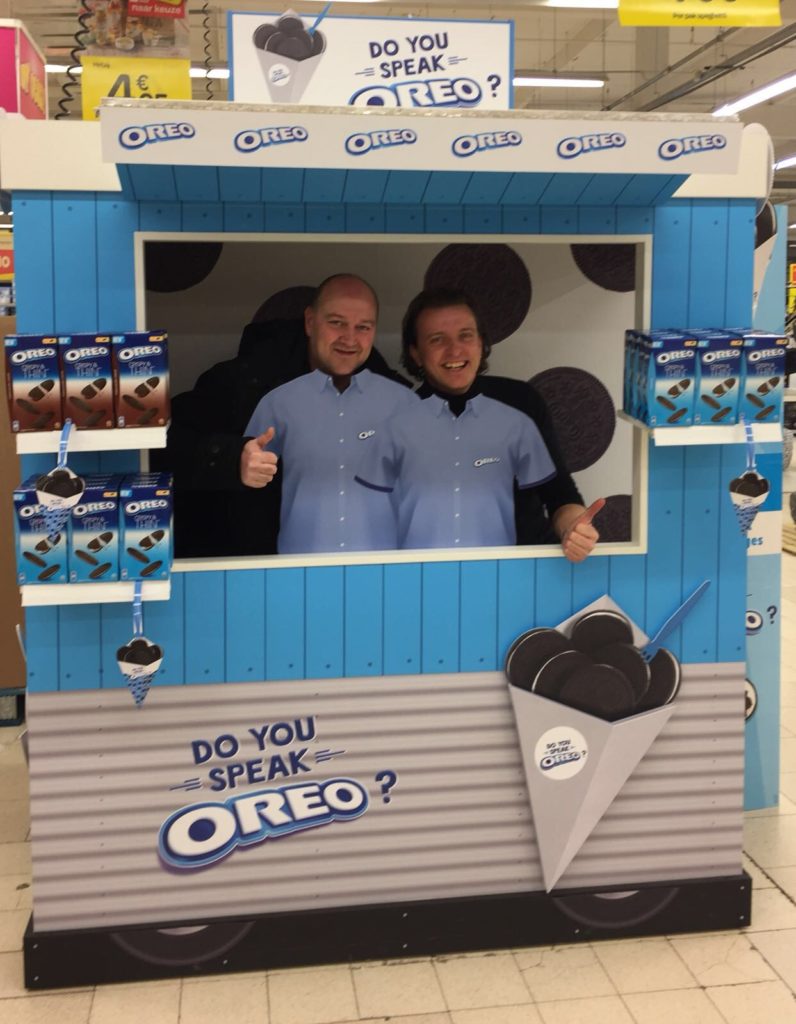 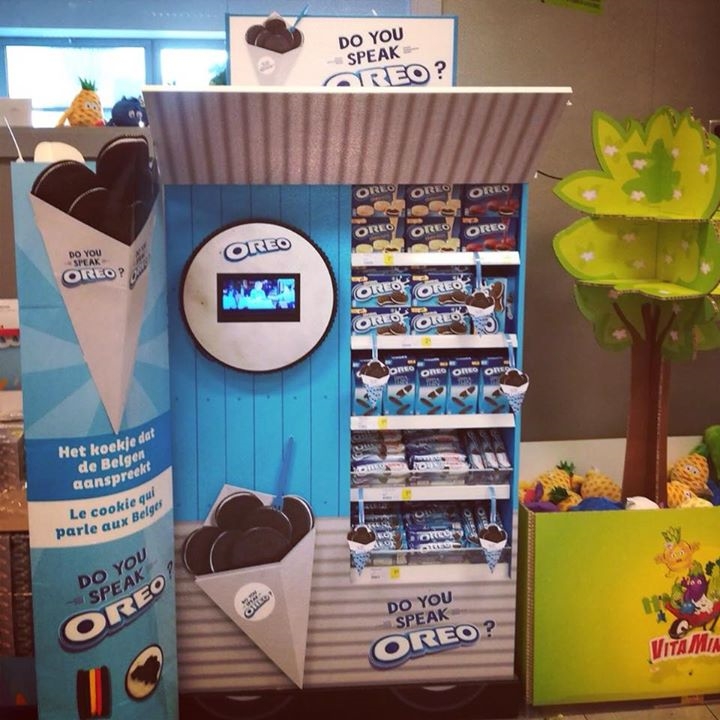